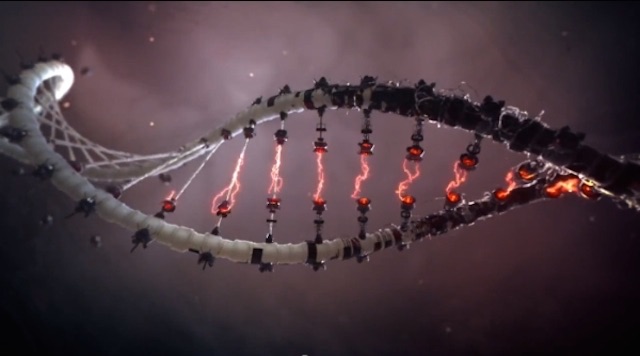 If you have never heard this word before, you are likely among the millions of people who are unfamiliar with what is arguably the most serious and threatening issue to ever face humanity. Transhumanism is a word that every living person needs to become well aquainted with as it is a subject that in the very near future will impact all people on this planet.

Now before you write me off as being over dramatic or too extreme, I’d like to humbly ask that you indulge me for a bit as you read this article where I intend to give a general overview of this important topic. Then you can make up your own mind about this subject.

The word “transhuman” means exactly what it sounds like. It’s a combination of the Latin root “Trans-” meaning “above” or “beyond” and our English word, “Human”. Thus, Transhuman means “beyond human” or “more than human” or “above human”. Wikipedia defines Transhumanism as:

Transhumanism (abbreviated as H+ or h+) is an international and intellectual movement that aims to transform the human condition by developing and creating widely available technologies to greatly enhance human intellectual, physical, and psychological capacities. Transhumanist thinkers study the potential benefits and dangers of emerging technologies that could overcome fundamental human limitations, as well as the ethics of using such technologies. The most common thesis is that human beings may eventually be able to transform themselves into beings with abilities so greatly expanded as to merit the label posthuman.

Read that last sentence again. The central theme and goal of Transhumanism is to transform human beings into posthumans. In other words, humanity is no longer humanity. The objective is to enhance humanity, to create something more, something better, something posthuman.

It sounds like somthing from the Six Million Dollar Man…”Gentlemen, we can rebuild him. We have the technology. Better, stronger, faster.” Or for those from my generation, it’s like something out of the X-men comics. I like how the definition above speaks to this as “transforming the human condition”. It makes it sound like being human is some sort of disease. Kind of like, “Hi, my name is Dave and I suffer from the human condition”. But I digress…

All joking aside, this is an endeavor that will change the very fabric and nature of who we are as human beings. While this sounds very far fetched, I assure you it is very real and there are some very rich and elite people in the world who are doing all they can to turn this dream into a reality. Perhaps the most prominent figure at the head of this movement is Google’s director of engineering, Ray Kurzweil.

For Transhumanists like Kurzweil, there are many benefits that they claim Transhumanism has to offer. For instance, it is believed that not too long in the near future, immortality will be achieved though advancements in technology. As technology coninues to improve at an exponential rate, it’s believed that we as humans will at some point have the ability to upload our consciouness & personalities digitally into a computer and then download them into new bodies.

Don’t believe me? Take a look at the following video from the 2045 Initiative, a global cooperative project currently underway to achieve the very goals I’ve been discussing above. (Blog continues below)

As stated in this video, there are various phases outlined in the process of trying to achieve immortality. To reiterate these goals or “milestones” as the 2045 Initiative calls them, they are as follows:

So here’s the deal: for those that actually buy into transhumanism, the plan is to first find a way to control human looking robots with just your mind. (The movie “Surrogates” with Bruce Willis is based on this idea) Then, as technology progresses, the new body won’t be remote controlled; a person’s brain will simply be put inside. If the body starts wearing out or having problems, you can simply stick your brain into a new one. Of course, as technology gets even better over time, transplanting a brain won’t even be necessary; a person’s “personality” (i.e. their soul/spirit?) can simply be downloaded. Then finally, the bodies themselves won’t even be necessary. Through nano-technology, a holographic-like, morphable/changeable “body” will be made available. (Another great example is the movie, “Trancendence” with Johnny Depp)

Now if any of this sounds far fetched, I hate to break it to you, but you are way behind in understanding where technology is really at in our world today in multiple fields and I would highly encourage you to research subjects related to Transhumanism. A great place to start would be to look at much of the investigative work done by Tom Horn & Chris Putnam. You can find a lot of great books, videos, and articles on their website, SkywatchTV.com.

Okay, so let’s start making some Biblical connections to all this, and believe me, you could fill an encyclopedia with all the issues this presents. The primary fallacy with the concept of Transhumanism is that it promises the exact same thing that Satan promised to Adam & Eve in the Garden, namely, that they could become like God.

Genesis 3:4-5 Then the serpent said to the woman, “You will not surely die. For God knows that in the day you eat of it your eyes will be opened, and you will be like God, knowing good and evil.”

So, breaking this down, the serpent (i.e. the devil / Satan) tells Eve that she won’t die (immortality), and that she will be like God (who is all knowing – omniscient, all powerful – omnipotent, and exits in all places – omnipresent). Is this not the same aim of Transhumanism? At the end of the plan above, these new “post-humans” will not have to worry about pain, sickness, death, or any of the problems presented by living in a physical world. By downloading one’s soul / spirit / personality into some sort of nano sized swarm of robots, a person could transform themselves into whatever form they want, be anywhere they want, and have all the power they want. Essentially these post humans are integrating themselves literally into the physcial world around them. They are “becoming one” with the universe.

This concept of everything becoming one is known in scientific circles as the “Singularity”. Of course, outside of the scientific world, this is nothing new. Various religons such as Hinduism and New Age occultism espouse the view of becoming one with the universe / energy that exists all around us.

The problem with this from a Christian perspective is that it is the same lie, the original lie, that was used from the very beginning to deceive humanity in the first place; it’s just been repackaged for a moden generation. “Ye can be as God.” Of course it was this lie that caused all of our problems to begin with. This false belief that we as created beings can somehow become like our Creator is what caused the fall of man.

What’s even harder for me to fathom is that God has told us in His word that this is exactly what will happen in the last days – that millions of people will be deceived into believing “The Lie”…not just any lie. “The Lie.” The same lie that was told from the very beginning.

2 Thessalonians 2:9-12 The coming of the lawless one is according to the working of Satan, with all power, signs, and lying wonders, and with all unrighteous deception among those who perish, because they did not receive the love of the truth, that they might be saved. And for this reason God will send them strong delusion, that they should believe the lie, that they all may be condemned who did not believe the truth but had pleasure in unrighteousness.

For anyone who takes the Bible seriously, it should easily be apparent that the whole idea of Transhumanism starting to become a reality is an indicator of how close we are to seeing the fulfillment of the prophecy above. My hope is that as many people as possible will not be led astray by this deceptive lie. This blog post is but a simple attempt at accomplishing this goal by raising awareness of the issue.

Before I conclude, let me just give you some questions to ponder related to this topic:

I hope you get the idea here, that the wheels in your head are turning, and you can see where I am going with this. Transhumanism has the devil’s fingerprints all over it. Here’s the good news… For anyone that wants to have the things that the ultimate lie of Transhumanism promises, they can find these things in Jesus.

Jesus has promised us etenal life. He has promised to end pain, suffering, and death. He has promised to give us new glorified etenal bodies. And He has promised that He will transform us into His likeness as we spend a blissful eternity together with Him in heaven. All we have to do is put our faith in Him and receive it! So, don’t fall for a lie when God has something so much better for you!

4 thoughts on “Transhumanism: The Ultimate Lie”